October 22, 2012
What do you do when your mother shows up at your house with 3 huge eggplants from the garden?  You make vegan eggplant parm!!  This recipe actually has a vegetarian variation.  My boyfriend is good at eating vegan food, but he's not crazy about the fake cheeses, so I used real cheese on his stack. 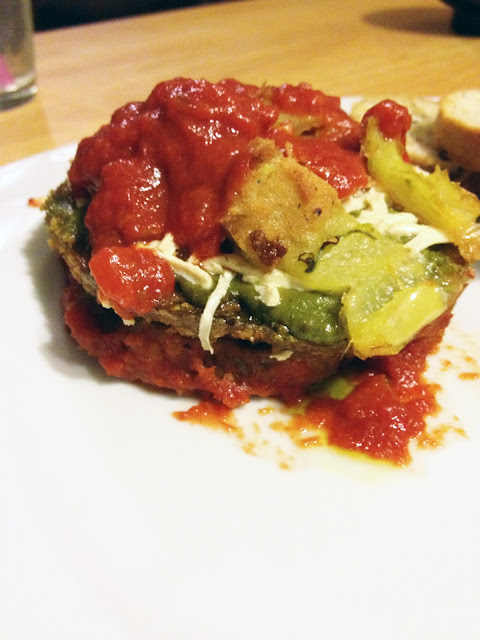 So, for starters, I took my salted and pressed eggplant, flopped it around in flour, dipped it in soymilk, rolled it in panko, and dumped it into the fryer. 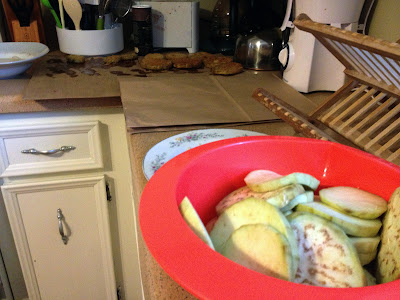 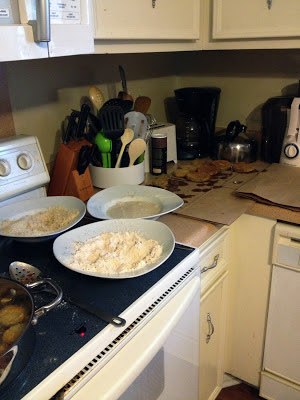 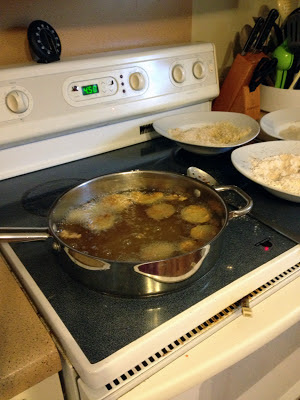 Once the eggplant was nice and crispy, I set it aside on a paper bag to drain some of the oil.  Once cooled, I even moved to a large tupperware with paper towels to further soak up some of the oil. 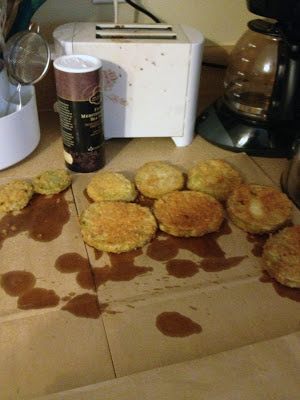 Since I almost never fry anything, I used the opportunity to test out frying several peppers my mom brought me.  I dredged them through the soymilk/flour mixture and dropped them into the fryer.  I think the banana peppers turned out the best.

While these cooled, I made a quick vegan pesto in the Vitamix.  You really have to just go by your taste preference on oil levels, lemon, etc.  I try to put very little olive oil in if I can help it.  I made a huge batch, so I can freeze the rest in ice cube trays and have pesto all winter.  We grew a ton of basil this year, so I'm hoping to get it all used up before it gets too cold outside. 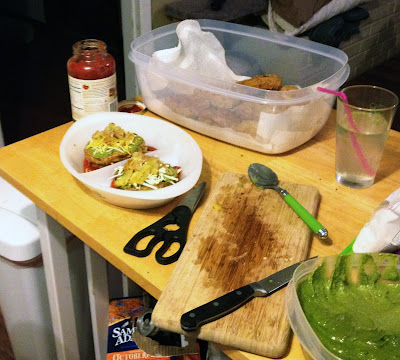 To assemble, put spaghetti sauce down in a baking dish.  Put disc of eggplant down, followed by pesto and vegan cheese.  Then, add another eggplant slice.  You can keep stacking like this as much as you want.  We went with two pieces.  If you wanted to do a traditional eggplant parm, you could keep building it all together in a large baking dish and then bake in the oven.  We cooked these long enough to warm up the eggplant and melt the cheese. 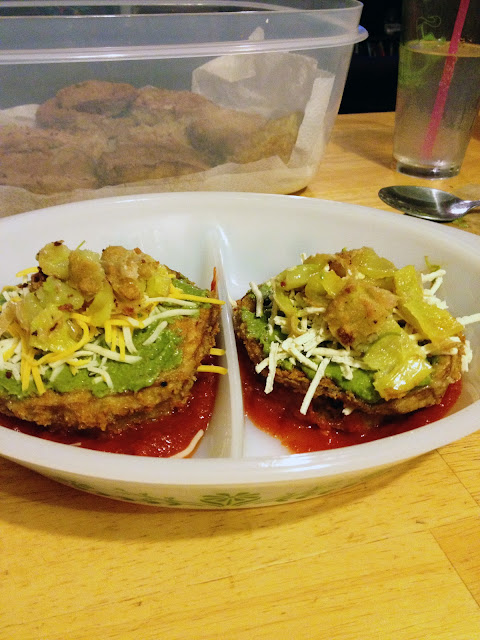 I topped these with some of the fried banana peppers and more tomato sauce and served with green beans, stuffed jalapenos and bread.  Needless to say, this is a heavy meal, so be ready for a nap! 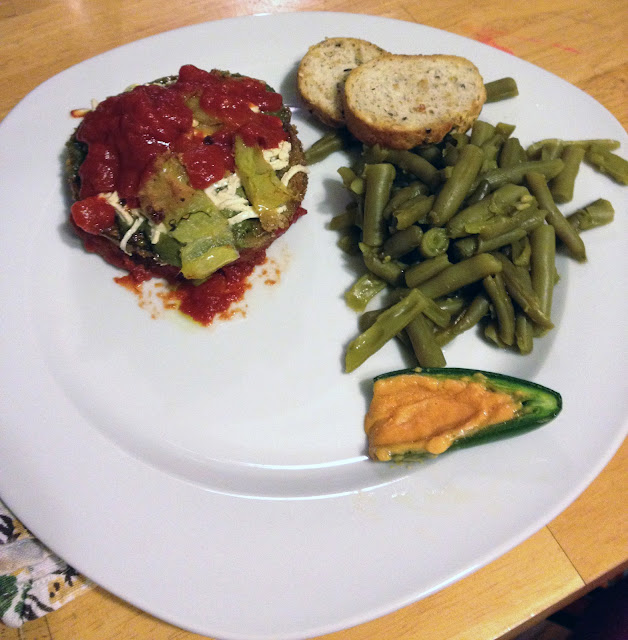